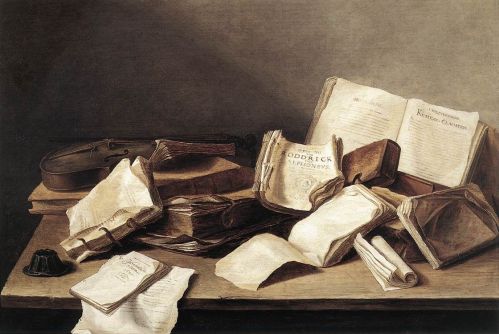 Ah, the sun! The great giver and destroyer of life; oppressive and deadly, illuminating and vital. I like to keep out of its reach. My summer days are whittled away in the shade or in the comforting gloom of a darkened room with my face in a book, anticipating the return of the cold somewhere […]

The Rise and Spread of Islam

My social media feed went bonkers in the wake of the recent terror attacks around the world. There were the usual wackos talking about conspiracy theories, which are so easily dismissible that they hardly warrant discussion. Beyond the nonsense however, I found there was a common misunderstanding of what Islam is —  who started it […]

All the Plague Episodes

Here is a playlist of all our episodes on plague so far. In these videos I discuss how plague infects a human host and how it spreads, the Plague of Justinian, the Black Death, the organized response to the Black Death, and the third wave of plague that hit in the 19th century.

Divide and Conquer – The Story of Justinian I

The sixth century was a time of extreme crisis and extraordinary survival for the Eastern Roman Empire. Justinian I’s reign is the height of this empire. This is his story.