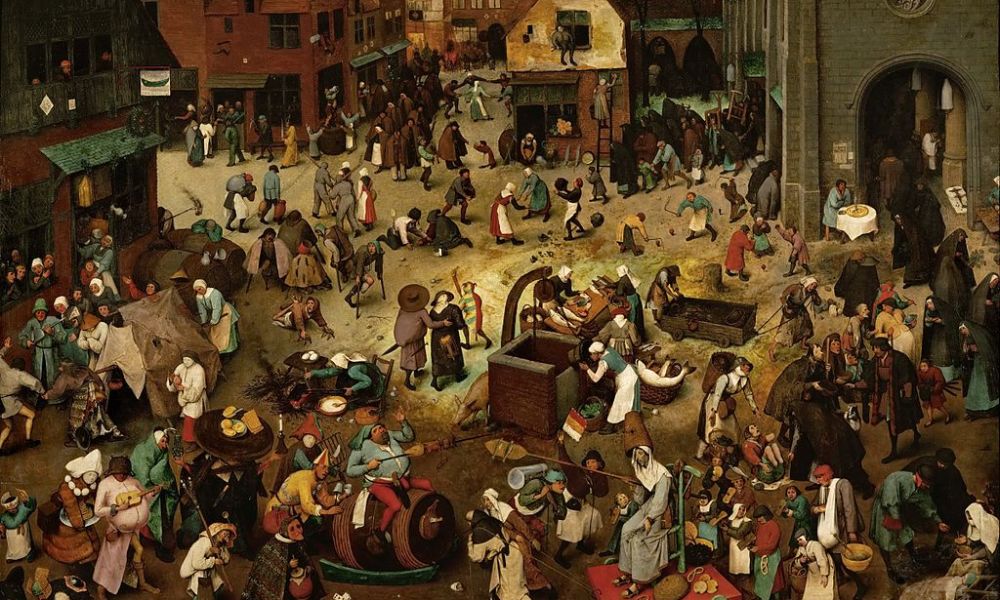 Humanity can’t go anywhere without dragging along an endless parade of cacophony. The sounds of the city; cars honking, engines racing, shouts, screams, sirens, music blaring, voices on the radio booming, accidents, helicopters, cackling, gunshots, commercials, sports broadcasts, sobbing—all of humankind relentlessly announcing itself in the grand parade. The countryside is better off, but is still molested by tractors, chainsaws, gunshots and trucks tearing through lonesome roads. We’ve got lawnmowers, vacuum cleaners, and fireworks. You can’t bring us anywhere. We never shut up. We’ve got plenty of bad music, enough to make you throw up. It’s rare to find anyone who can go about their business in silence. At home our TVs are on just for the noise to drone on in the background. The idea of silence being too stern a punishment. Better to have Family Feud pinging off in the distance than nothing at all. Shudder the thought of a quiet place. We welcome the noise with open arms. We sleep with the noise on, work with the noise on, drive with the noise on, fuck with the noise on. So much static to keep us from thinking.

It’s nobody’s fault and everybody’s fault. It’s something we create but it’s also something that happens to us. We get used to it and don’t understand how loud we really are. It soaks into our being like an infection and we spread it. All the clatter, buzzing, booming, and blasting of our great inventions vibrating throughout the planet. We talk and talk at each other all day just to pass the time and fill the void with nobody listening. Even the quiet among us pick up this habit and ruin themselves. So it goes on in the endless cycle. I am a part of this. My years in the cities made me adept at noise. I became the noise. When I walked into a room, I had to keep the conversation going. No awkward silences, no pauses. Be entertaining, be charming, be funny, seduce, befriend, network. Quick, think of something witty to say. I made myself nervous. I hid from these situations when I could. I drank when I couldn’t. I embarrassed myself.

I leaned on my storytelling abilities, regaling old tales of my past triumphs and tragedies at dinner parties, at the bar, on dates. I enjoyed having something to say instead of just sitting there nodding. I moved on to open mics. I tried doing The Moth a few times. Something about the crowd and the machine behind it was flaccid. Over-rehearsed and inoffensive stories, coached and tired—tales of the worried well, comfortable and navel-gazing. I rented out small theaters and put up hour-long speaking shows for my own audience. Out in the dark on stage, filling the silence with more talk. I invested so much of myself into these things. I was leaning on it too hard. I became the guy who couldn’t shut up. The bringer of noise. There was also something about these shows that flirted with the narcissistic. It made me uncomfortable. I put it to bed for a while. All that talking.

The noise we consume becomes the noise we project. You can take that deep need to be heard, to be understood, and overshare. You can become anxious and obnoxious in an attempt to always have something witty to say. The words will come out wrong. You’ll offend someone. You’ll get strange looks. You might get drunk and suddenly notice everyone walking away, shooting wary glances. You may become the joker, a clown, a goofball. You wore that mask and believed in it. You looked on with distrust or disdain at the quiet people. Who even were those people anyway? Hiding their true thoughts or maybe even their stupidity or plain banality behind their silent gaze. For years, you may continue to drink, laugh and yell too loud with the rest of the world until your head hurts and the party’s over.

I never considered myself to be very smart or the thinking type. I was a party boy or a punk rocker, an actor or performer, a sex god or a lady’s man—not a thinker, not even a writer, really. The change came on gradually. A life of the mind started appealing to me more and more as the years piled on. I didn’t want to go and rock out in some club anymore. I stopped caring about being the center of attention. I felt the need to stay inside. I grew into the desire to become a heavy thinker. I began to notice the difficulty involved with assembling a series of cohesive thoughts and ideas. The apartment was noisy—roommates, dogs, traffic, kids outside loitering, garbage trucks, delivery vans, leaf blowers—all this in addition to the reckless train of static plowing through my head, the internal noise. Best I could do was slap on some headphones, cancelling out the racket with more racket. For the first time in my life, I recognized the value of a quiet place. I sought one out. I did the best I could, driving out to the canyons and the hills, walking down dusty old trails to be alone and work in peace that rarely came.

I mention this often, but it is very difficult to find a good subject to write about. The search leaves me staring off into space a lot. This is how I stumbled into a meditation routine. Counterintuitively, my best thoughts come when I’m not thinking at all. Sitting there in silence, not thinking about anything has been of great benefit. I avoided meditation as long as I could for the typical reasons—the hippies ruined it, it’s boring, my back hurts sitting there like that for too long. But it drains out that chaos in my mind. That stuff messing with my reality. Slowly, I have been finding my center, taking that calm and meditative state into waking life.

One of the many reasons why I left Los Angeles was to get away from the noise. It had permeated my being for too long. I knew it was toxic and I had to go. My choice to live in semi-rural New England has not been one I regret. Since my arrival, I have been taking on every opportunity to soak in the silence like a sponge. I spend a lot of time alone; out on lonesome early morning wooded trails, long jogs in the winter, inside gazing out the window when the weather gets fierce and inhospitable. I spend time alone outside in the backyard when it warms up, lifting weights in the dead quiet, staring off into the woods between sets. I put the brakes on my mind. I don’t get myself involved in social circles. I have my friends and acquaintances. I make my time for them and then get back to my business. I try not to get myself too involved in anything, really.

I don’t talk much anymore. There’s no need. I spent so much time trying to fill the void instead of valuing it for what it is—beautiful emptiness. Silence is rare and deserves to be valued. Don’t misinterpret me here, I still need noise. I love music, loud music. I’m addicted to it, always have been. I love big loud movies too. I embrace the chaos and calamity of the cities. I even enjoy going to sporting events now and then. I’m not saying we should all cloister ourselves up and live like monks. Even the way I live isn’t for everyone. Think of it more as auditory minimalism—the act of being mindful of the noise you’re taking in and putting back out into the world.

Here’s something we all know but don’t like to admit; most people don’t really care about what you have to say, they just want to be heard. That’s fine, go with it. A friendly conversation isn’t really about the conversation itself anyway. That’s why we make smalltalk. On the surface, it’s pure tedium. It might be the weather, sports teams, what town you’re from or some other trivial nonsense, but that’s never the reason for the conversation. Smalltalk is about group cohesion, it’s a display that says, “I am a non-threatening member of this group.” Taken further, it can develop valuable social bonds.

The real value in a conversation with a stranger, an acquaintance, or even close friends and family, is what isn’t even spoken. It’s important to resist the urge to drag the topic towards yourself with personal anecdotes. Nobody really cares about that stuff in mid-conversation. They want to know that you’re someone involved in their reality. Embrace your own silence. It’s good to be the quiet person in the room. Allow some room for mystery.

I still don’t enjoy being around people much, but I’ve learned to better endure it. I still fight the urge to get drunk when I’m in a room full of strangers, and at times I falter. I remind myself that my need to drink comes from a need to get rid of my inhibitions, so I’ll feel comfortable and have more to say. This almost always backfires in practice. Those inhibitions are there to help you out. I’ve grown comfortable in my natural role of the quiet type, the observer, the listener. Life is better this way. After all those years of trying to be the entertainer, I found out I was doing it all wrong. I was driving a bulldozer in a street race.

The story of humanity is a story of noise. There is no avoiding it entirely and we shouldn’t bother to. The line between music and noise is a subjective one and a life without music would be a life of poverty. However, there is a point when enough is enough. Noise pollution is a real thing. We’ve become so acquainted with cacophony that we can’t tell it apart from the tranquil. That’s a problem. That’s where we’re at. We become the noise we soak in and radiate it throughout our environment. Many of us have ceased to recognize the value in silence and in turn sacrifice the present moment for a constant river of distractions. Dam the river. There is value in being alone in the soundless emptiness. It can turn you around and make you more mindful. Noise is the enemy of thought. Stop talking when you should be listening. Embrace the void. Enjoy the silence.