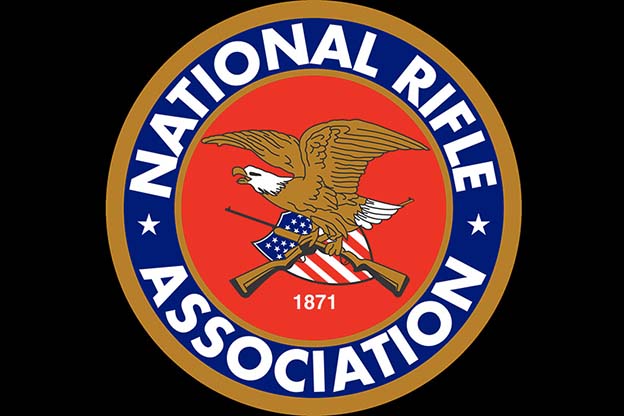 The Story of the NRA

The NRA is one of the most powerful lobbying groups in Washington. They have over five million members and they are rabid.  They don’t throw nearly as much money around as the Chamber of Commerce or something, but what they do have is something more valuable — influence. The NRA is well-organized, bipartisan and make no mistake, they do have the cash. They are still able to make or break a politician or two, depending on their district. So it’s quite easy for them to shoot down (sorry for the pun) any anti-gun legislation in their crosshairs. It wasn’t always this way. It’s really only been like this since the mid-seventies.

The modern gun-control debacle opened with a bang (again, sorry). In 1963, Lee Harvey Oswald ordered a bolt-action rifle through the mail after seeing an ad for it in a magazine and killed President Kennedy with it — conspiracy theorists be damned. Just days later, legislation would be introduced that would restrict the sales of guns through the mail. And guess what? The NRA supported it. It’s what you would call a “common-sense gun law,” the phrase that has become so common in the modern gun debate. It’s hard to believe the NRA would support anything like that today, but why? Why on earth would anyone — pro or anti-gun — be against something like that?

The NRA was founded in 1871 by two men, Army and Navy Journal editor and ex-correspondent for the New York Times, William Conant Church and a Civil War general called George Wood Wingate. The Union Army General, Ambrose Burnside was chosen to be the first president. The point of the organization was to improve marksmanship. The Union soldiers were notorious for not hitting their targets, so the NRA was first started to improve members’ skills in case shit hit the fan again in the South, and that’s pretty much what the NRA was for most of its history.

The Second Amendment states, “A well regulated militia being necessary to the security of a free state, the right of the people to keep and bear arms shall not be infringed.” At the time of the NRA’s inception, the Amendment was understood to be concerning a prepared citizenry to assist in domestic military matters, repelling the kinds of raids that happened in the Revolutionary War or the War of 1812. The state of New York even donated $25,000 to them to buy a firing range and for a long time, the US government donated surplus military weapons to them.

Gun control laws at the time were not controversial. You have remember, gun violence has existed ever since there were guns. That’s what they’re made for after all. Three presidents — Abraham Lincoln, James Garfield and William McKinley — were all murdered by guns within a relatively short period of time, between 1865 and 1901. So when in 1911, New York required handgun owners to have a permit, nobody flinched.

In the early thirties, Franklin Roosevelt made gun-control part of his New Deal as an answer to the violent gun crime that had plagued the era. The National Firearms Act of 1934 — the first major federal gun control legislation — and the Gun Control Act of 1938 — which prohibitively taxed machine guns — were drafted with help from the NRA.

Companies who made and sold guns now had to register with the federal government. Non-citizens and convicted felons were now banned from owning guns. It all managed to hold for a little while, but the seams started to bust in the second half of the century.

The assassinations of the Kennedys and Martin Luther King Jr. prompted the Gun Control Act of 1968. The act reauthorized and elaborated on the old FDR gun control laws, adding a minimum age for gun buyers. It also expanded the types of people barred from owning guns and required guns have serial numbers. This is where we see the NRA actually blocking some measures. Some of the most stringent and meaningful proposals — mandatory licensure for all gun carriers and a national registry of all guns — weren’t included.

A rift began to form within the NRA. The organization was split between two camps — the sportsmen and those weird libertarian gun-nut types. The 1968 law ordered the Bureau of Alcohol, Tobacco, Firearms and Explosives to enforce the new gun laws. A lifetime NRA member’s house was raided by the ATF in 1971. It had been suspected that he had a big pile of illegal firearms. He was shot and killed.

That opened up the flood gates. The libertarian faction of the NRA started arguing the Second Amendment protected an individual’s right to own guns, not just the people’s right to form armed militias for common defense against a foreign raid. The chasm stared to widen within the NRA.

In 1975, the NRA created the Institute for Legislative Action, their lobbying arm. It was the brainchild of Harlon Carter. Carter was a real, classic libertarian gun nut asshole type guy. He was from Texas, of course. When Carter was seventeen, he shot a fifteen year old Mexican boy to death for stealing his family’s car, claiming he was acting in self-defense. When this information was later found out and reported, he was touted as a badass and a hero by other hardline members.

In 1976, the NRA’s Board of Directors fired Carter and other employees who had been associated with the broader view of the Second Amendment. In retaliation, these ex-employees secretly plotted and hijacked the annual NRA meeting in Cincinnati in 1977.

The NRA had parliamentary rules at these meetings. Taking advantage of these rules, the hardliners interrupted the floor, committed the NRA to fighting gun control, restored the lobbying arm and revised the Board of Directors. Harlan Carter became the new executive director. The NRA’s motto was changed from, “Firearms Safety Education, Marksmanship Training, Shooting for Recreation.” to  “The Right Of The People To Keep And Bear Arms Shall Not Be Infringed.”

A lot of the reasoning behind this can be traced back to conspiracy thinking, sadly. Neal Knox, a key figure in the Cincinnati insurrection, believed the assassinations of the Kennedys and Martin Luther King Jr. were part of a government conspiracy to enact the gun-control laws. Knox and other hardliners like him, believed the government wants to disarm the populace and will go about doing it in all kinds of ways.

These hardliners have transformed the organization into what it is now. The NRA has long been popular with militias and fringe groups as well. Oklahoma City bomber, Timothy McVeigh was notoriously a member, going so far as to send NRA decals with his angry letters before the bombing.

The NRA has effectively devolved into a pseudo-conspiracy theory, paranoid organization, as this is a reflection of its membership. This isn’t the NRA that was built on a legacy going back to 1871, far from it. That organization died in 1977 when the modern, paranoid, completely destructive and very powerful NRA was born. They’re so tied into that mode of thinking that they can’t separate from it and it’s why so many mass shootings don’t seem to affect them in any way. It could be a conspiracy after all. Thoughts and prayers are the best they will offer up. Thoughts and prayers aren’t enough. Another day in America, another mass shooting we can do nothing about.